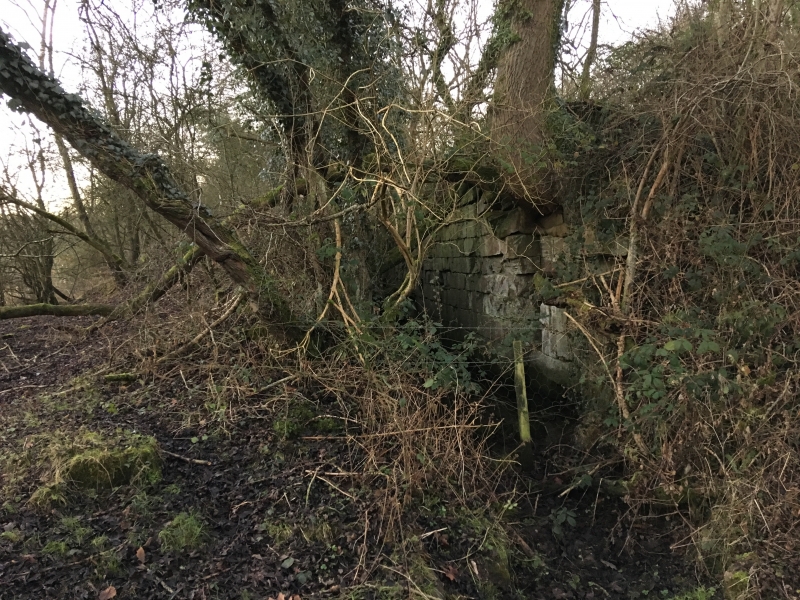 In this area there are three main issues: getting through the Froghall area; realigning the canal where it is close to the Churnet Valley Railway; and finding a new route through Oakamoor village. The very remote nature of the valley presents a challenge if materials and labour are to be brought in and out, but the railway may be the solution for this rather than building new access routes.

The ground south slopes relatively steeply down through a light industrial area to the A52. Along the old line of the canal, three locks were present, though with the alignment changed, one would now need to be moved to the south of the A52.

Once past the A52, the canal would cross through a brownfield site. The channel would head south through this area and pick up the old line of the canal. An existing lock may be present in this location and could be refurbished and reused.

From here the canal would follow its original course south along the Churnet Valley for a number of miles, alongside the existing Churnet Valley Railway line. Due to the constraint of the railway line running generally to the south and west of the canal, a series of embankments, cuttings and retaining walls are likely to be required along this section of the canal.

The canal would rejoin its original alignment and continue south-east past Jackson Wood. [In this area] an area of high ground exists. It would be possible to construct the canal in a cutting with a side slope of 1 in 3 or 1 in 4 in this location. At the end of this section is an existing pond. A new lock would be required at this location to drop the canal into or alongside this pond with another lock required some 100 metres south-east. This is in the vicinity of the remains of California Lock. This lock is currently visible and it may be possible to restore and reuse this lock rather than constructing a new lock.

The canal then heads towards Key Wood where a section of embankment, approximately 2 -3 metres high and 350 metres long would be required.
Between the end of the embankment and Oakamoor, the canal runs between Key Wood and the railway track. There appears to be limited but sufficient space for the canal along this section.

At Oakamoor the original line has been lost beneath a new road with a new way through required.